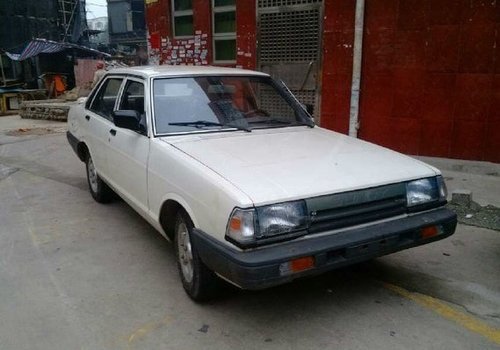 Yue-loong (A.K.A.: YL) planned to join mainland market by Feeling 101 in late 80's. YL contacted YueJin at very first. This cooperation met two problems. First, YueJin has no idea how to produce passenger cars because they never did it before, there were many problems during communication. Second, Taiwan government wasn't happy to see YL investing mainland due to straight crisis around early 90's. YL had no choice but gave it up. Later, the vice president of FuJen (福建) province planned to build local heavy industry by produce automobile. This guy is Jia ChinLin (賈慶林), who is vice president in China mainland now. Jia offered a great benefit and help to attract YL invest in FuJen. That was the begining of DongNan Automobile.

After market analyse, DongNan realized that passenger cars had very small market in China. The SanDaSanXiao policy also made it very difficult to produce Feeling there. What's more, due to the poor quality, Feeling 101 and 102 suffered bad reputation and market selling. YL decided to cancel this segment after Arex big sale at the end of 1994. Obviously, there was no chance to build Feeling in China mainland. YL gave it up at all.

There was a rumor said that YueJin had some interesting in YLN303(SuLi 303). During negotiation, YL brought some sample of YLN303 to YueJin and impressed YueJin. However, YL gave up to cooperate with YueJin due to the reason above. But some YL members who joined this process thought it could made some extra profit if cooperate with YueJin to produce YLN303 unofficially. After YL dropped YLN303 in Taiwan, these guys tried to smuggle all of the YLN303 production parts, machines to mainland. However , when they met YueJin again, YueJin refused to buy this parts and machines to produce passenger cars. They had no idea but to sell them as soon as possible. Under someone's help, HaFei bought all of them.

Due to SanDaSanXiao, HaFei also failed to get the license to produce passenger cars after bought them. HaFei just produced a very little amount of HFJ7130 and sold underground. It is said that HFJ7130 was only sold in HeiLongJiang(黑龍江) province and replaced the original NISSAN A12 engine by unknown Japanese small engine.